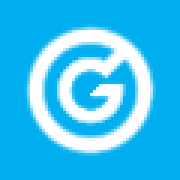 
Ever wonder where all those cool new technologies come from? Or how about how they make those dinos in Jurassic World look and act so realistically terrifying? You may think it’s the brainchild of a multi million-dollar corporation or the culmination of some highly paid artists. The big thing will likely come from the mind of an engineering student working in a small-underfunded lab or a start-up group hoping to impress the world with their new animation plugin. There is one place where you can see them and their big new ideas each year… the Siggraph Conference. First off, let me start by saying this ain’t no CES. This is virgin-tech, folks, prototypes, on-the-fringe technology hot off the 3D printer, ideas so out there that you need a geek-translator to understand what the signs say. You can ask the question, “how do you see this being used in the future?” and your likely response will be “who cares, isn’t it awesome?!” This was my first time attending the infamous gathering and I can say without question that it was way more than I expected and beyond. The event was chaulk full of cool stuff: next-generation virtual reality, T-shirt printers, auto-stereographic experiences, ultrasonic hepatic response systems, printable LED conductive paths, 3D photo scanning and a bunch more big-word-something-techs that are poised to blow our collective minds in the next few years.

Here are a few of the more impressive offerings that we are excited to bring to our clients soon:

Interactive Augmented Virtual Reality is going to evolve the way we develop VR experiences. Up until 2 months from today, when this technology is officially launched, Interactive VR has been limited to the user having to hold a controller or use a built-in track pad, like the one built into the Samsung GEAR VR.These are good systems but what if you want to control the experience by simply moving your hand in space? Or, what if you wanted to augment your environment into the experience? uSens is bringing to market the first of such devices. They have developed a new VR headset that incorporates a set of stereoscopic cameras. This allows the end user to interact with their environment by pointing in mid-air. Additionally, the headset allows for 3D augmented reality to overlay and provides environmental enhancements. Their system

uses the same robust platform that we are already creating content for, the Samsung Note 4 or S6. There is no need to learn a new system or purchase yet another display medium. We’ll be working with uSens to fully implement their new headset into our production pipeline very soon.

Okay, let me see if I can explain this next “OMG” technology. Imagine if you could see and interact with your mobile phone in 3D (well I guess you can already do that). But what if you could do it without the need for additional glasses? Your phone would effectively become a mobile holographic touch screen, right? Well you don’t need to imagine it anymore because,

well, our friends over at Leia, Inc. have done it. A 3D interactive mobile holographic touch screen that is real!  Okay, take a deep breath and check out Leia to see what is sure to become the next best thing for your mobile entertainment. 3D Apps, games, heck, the entire iOS could be operated on X, Y, and A axis’.  We can’t wait to start playing with this technology as we look to create immersive touch screen experiences for our audiences.

HDR Photography (High Dynamic Range) is something that has been around for some time now. What was once restricted to the professional sector has now been made accessible to everyone (HDR is built into your iPhone already). But now, a new company has developed HDR projection. This new technology will change the way we view media. HDR projection creates an image that is brighter and has more dynamic range than any current, traditional projection system. The most exciting part of this new tech is that you don’t have to change how the content was created or acquired to reap the benefits. Our MIG engineers are looking forward to getting their hands on this new technology soon and we can’t wait to bring it to one of our events in the future. Check out this video to learn more:

Stereoscopic Image Scanning is possibly the coolest thing to hit the industry since the introduction of the donut! I’m not kidding. If you saw the amount of geeks dropping their jaw at Stereolabs booth then you’d agree. With their new ZED

camera, it’s now possible to create 3D objects and scenes as simple as recording footage or snapping a photo. We’re talking about the ability to make a 3D version of my dog, and make him an actual mesh model with an accurate texture, in seconds! You think he’s cute now, wait until you see him in 3D! We purchased our first unit at the show and are already using it to create interactive and VR content for existing projects! We’ll be sure to share with you when they go public.

Alright, enough geeking-out for one blog. While all this technology is certainly awesome, it’s good to see that the garage-door-office-innovators are alive and well in our industry. That’s how MIG got started and it’s where we always look to find our version of “Tomorrowland.”

If you want to hear all about the other 50+ things we saw at Siggraph and how MIG can make your next show, expo or experiential marketing initiative nothing short of amazing, just give me a call. Thanks for reading and have a stellar day!

Happy Holidays from the Team at MIG

MIG Tips for Establishing Traditions in the Workplace