The Event Technology Guide to CES 2019

Multi Image Group (MIG) is here to show you what you missed at the 2019 Consumer Electronics Show (CES). The show is officially the biggest technology tradeshow conference in the world, with over 180,000 attendees and over 4,000 exhibitors. Earlier this January, the MIG team flew to Las Vegas, Nevada for CES 2019. MIG attends CES every year to look for the best technology solutions for events and tradeshows. Some of MIG’s favorite brands and partners exhibit at CES to showcase the newest event technology tools, including virtual reality glasses, holograms, cameras, LED screens, and more.

Check out the video below where one of MIG’s event technology experts walks us through all of the mesmerizing tech tools at CES.

About the Event Technology at CES

MIG experienced impressive screen technologies at CES, including the Lumens LED Office, Wayray 360 Screen, LG LED Wall, and the Samsung City exhibit. The Samsung City display included the QLED 8K TV that can optimize any content with AI technology and the 219-inch Micro LED Wall with incredible high quality resolution. The Hypervsn Holograms were very impressive, as well, using spinning blades that make the holograms look very futuristic and completely viewable from all angles. MIG looks forward to using all of this screen technology from CES for future tradeshows and events.

CES had some very cool video technologies on display, including the Canon 3D Modeling system, which captures a full 360 scan of a face. Right now it’s being used to capture the faces of athletes and celebrities for EA sports game. MIG also visited the Qualcomm booth to check out the VR Snap glasses. One of our favorite tools was the Instacam 360, which is a throwable camera that could be used in live events. Another interesting piece of tech included the Cyberlink facial recognition system that could be used at tradeshows and events for tracking attendees.

MIG was able to check out some new advancements in sound technology at CES, including the Galaxy Sound Wall and Samsung’s Sound on Display. The Samsung display showcased a speaker system in the screen that is self learning and maps the room with a mic in the remote. MIG also tested out the MusicLens eyeglasses with inbuilt speakers in the arms, allowing you to listen to music without the headphones. MIG is excited to apply all of these innovations in sound design technology to our events and tradeshows.

A lot of the screen, video, and sound technologies displayed at the Consumer Electronic Show can be applied to event and tradeshow technology solutions. MIG is always staying on the cutting edge of event solutions to help you produce your next show! Be sure to stay tuned with MIG for CES 2020!

What We Can Do For You 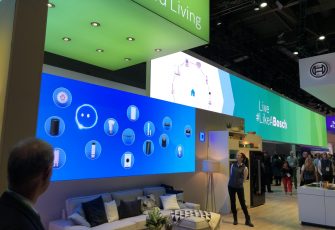 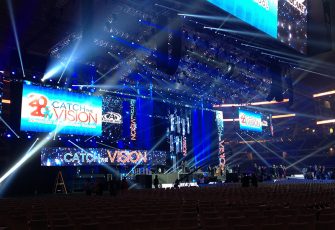 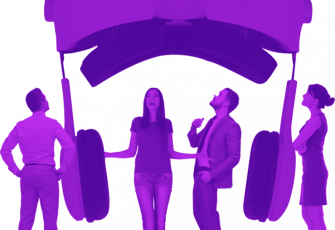